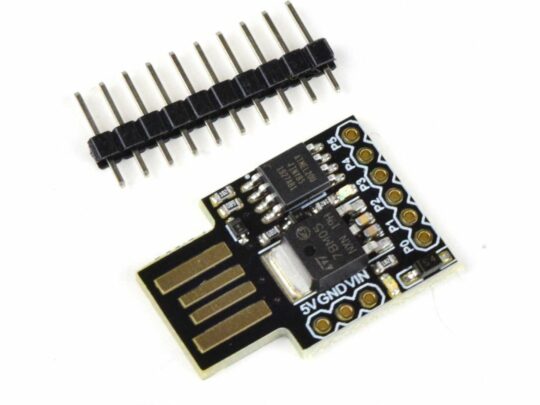 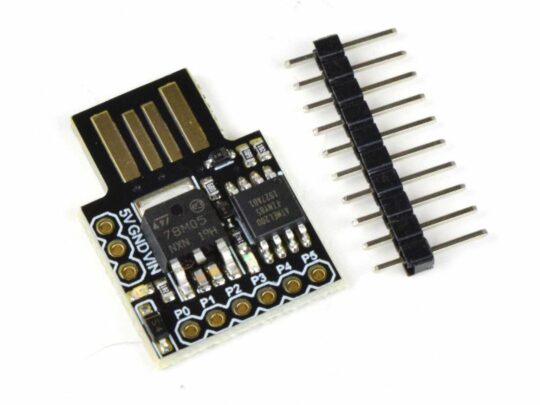 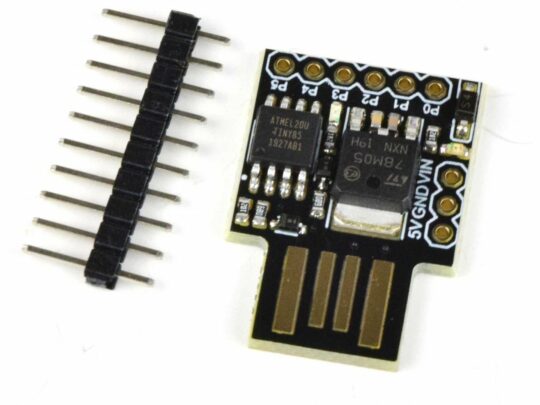 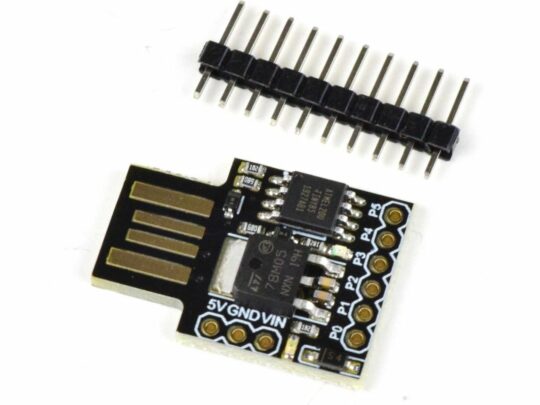 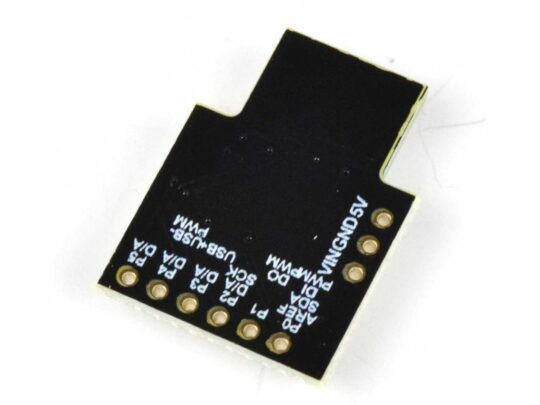 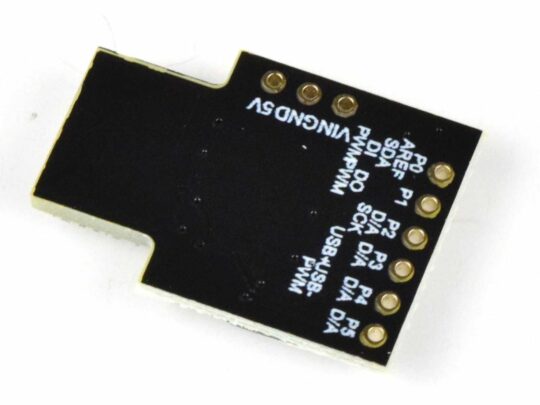 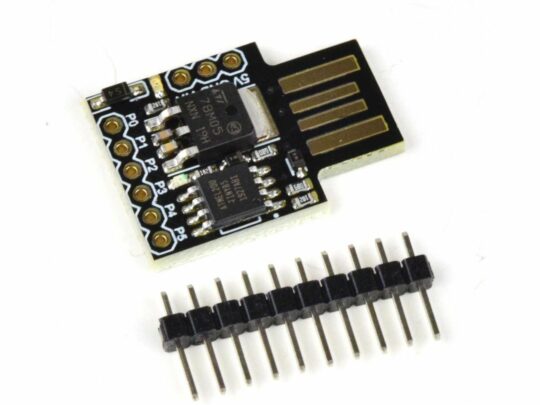 The Digispark Attiny85 board is originally developed by the company Digistump (under open hardware). It comes with an integrated USB connector for programming and power supply and can operate with an external power supply of 6-35VDC. It has several different I/O options (programmable), like 6 digital I/O, 4 analog inputs, or 3 PWM outputs. Our Attiny85 board is 100% compatible with Arduino IDE after installing the required driver package.*

The Digispark is an Attiny85-based microcontroller development board similar to the Arduino line, only cheaper, smaller, and a bit less powerful. The Digispark is shipped fully assembled except for the two included and easy-to-solder headers.

IMPORTANT:
To get started, it is crucial to read and follow the instructions on the Digistump Wiki! This is NOT a regular Arduino board, natively supported by the Arduino IDE. It requires some different procedures to use its virtual USB port for programming with the Arduino IDE.

To get started with Digispark Attiny85 and Arduino IDE (external link)

There are no reviews yet.