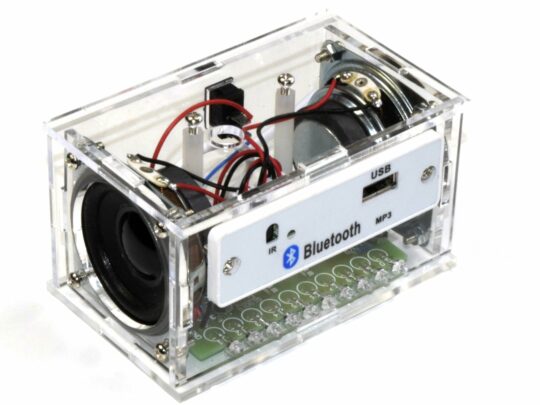 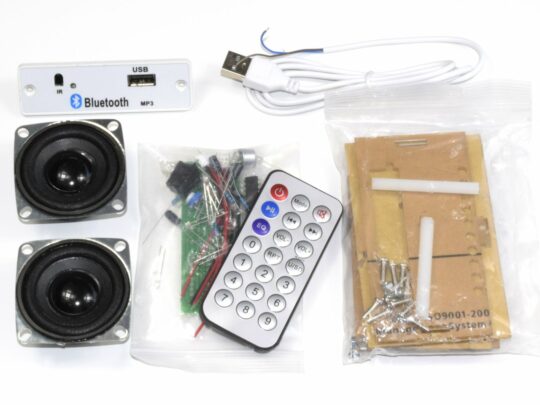 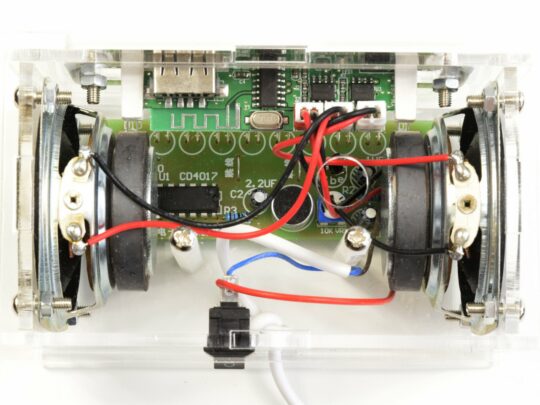 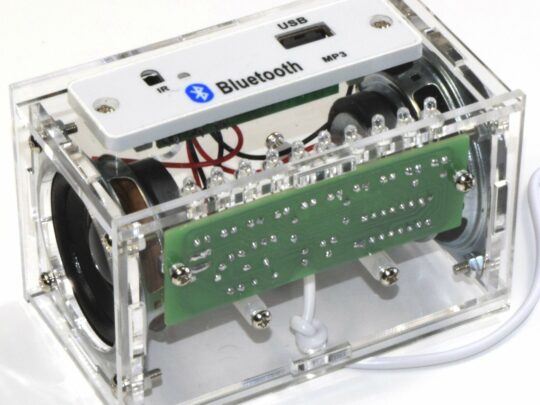 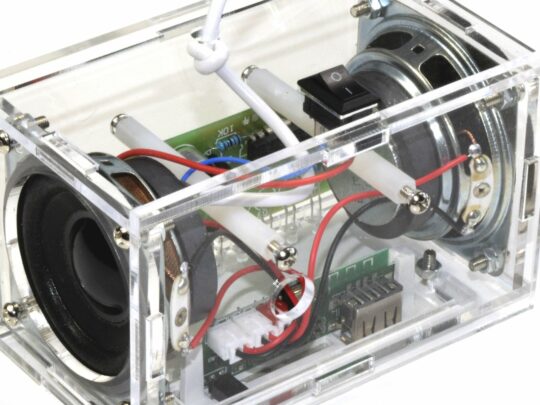 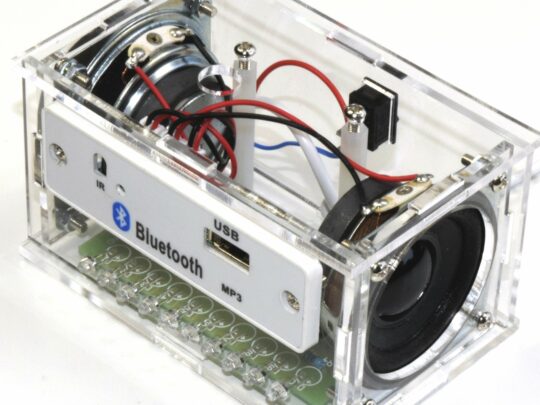 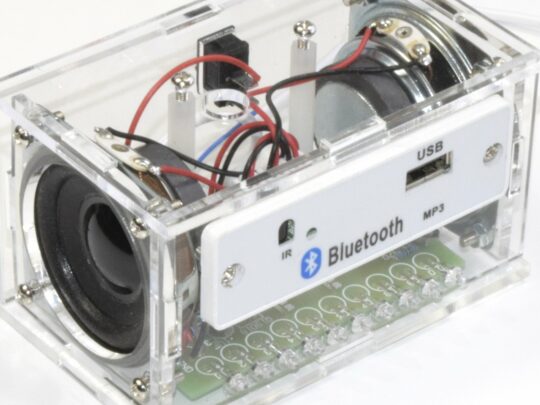 As soon you power it up, one LED on the effect module and the power LED on the Bluetooth/MP3 and remote receiver module will light. Now you can find the new BT device with your phone or computer, and you can connect to it (pairing) without a passcode. Use the IR remote control to change the volume and other settings. A lithium battery CR2025 is required for the remote but not included.

The sensitivity of the LED effect can be adjusted by turning the potentiometer on the LED effect module using a small screwdriver through the provided opening on top of the speaker.

Do not expect a boom box that will shake walls. It is an easy beginner’s project, and the focus is on building it and having some fun, not on scaring your neighbours.

Let's save your shopping cart for later.

If you enter your email address, we can save your shopping cart for later.